9-19May22 Triskele Visit Mirai
OK so who and what is Triskele?

Triskele are three potters, Thor Holvila, Tom Benda and myself, Andy Pearson, who got together in 2015 at Bonsai Expo in Bury and over a beer in a pub agreed to form a trio of potters who collaborated on work, visited each other in their own country to make pots and then sell them to fund further collaborations and adventures. We would share our pottery methods, techniques, ideas as well as our homes and families and the odd beer or 4.

After the Swedish, Czech and UK editions of pots had been made and sold there was the 2 1/2-year hiatus due to the COVID pandemic, which upset the natural order of our plans and what we wanted to do in that time we had lost. So, we decided to go one bigger and see if we could all go to see Ryan Neil at Mirai on the pacific north west coast of America in Portland Oregon. Ryan was only too happy to accommodate us and after a lot of conversations it was planned that we would make a Mirai Triskele edition of pots while we were out there.

There are just no words that can describe Mirai, it truly is a Mecca for Bonsai and not just about trees. It encompasses all aspects of bonsai, from pots, display and tools to aesthetics, species care and design. Ryan is a passionate bonsai natural, after completing a gruelling but rewarding apprenticeship with perhaps the number on bonsai artist in Japan, Masahiko Kimura, Ryan has brought his way of teaching and ethos back to the western world through Mirai, Mirai live podcasts, livestreams and social media presence. If you ever get the chance to go then go you must if you have any interest in any aspect of Bonsai.

During our stay we trekked through the white mountains in California to see the 5000+ year old ancient Bristlecone Pines, walked in Yosemite National Park up the mountains in the shadow of “El Capitan” and the “Half Dome” (beloved by climbers), cooled our feet in the waterfalls and (as in true Triskele tradition) swam in our birthday suits in the cool mountain rivers (away from the public eye I assure you). It was not all about making pots, we did make around 40 during our stay, we took part in podcasts and interviews and were accepted with open arms to a very special family that was Mirai. Usually, the host for each country when we visit each other takes responsibility of glazing and firing the body of work that we make in that country, this time it would be different. We would have no control of the firing of the work only what we would prefer to happen to it. A local potter Jan Rentenaar, who also makes Bonsai Ceramics, would bisque fire the work for us in her electric kiln and then the plan is to find a potter who would wood fire them for us. We would have no idea what the pots would come out like and are very much looking forward to seeing the results after the wood firing.

Nothing was ever too much trouble for us at Mirai from getting the clay we needed and a pottery wheel to the unwavering hospitality, warmth and friendship that was shown to us by Ryan, Ira and his wonderful team who make up Mirai. I for one found something in myself during the trip to Mirai and the wonderful places we visited during our stay. It definitely broadened my outlook on Bonsai, pottery and life in general and I know I can say the same for my two brothers Thor and Tom.

So, what is next for Triskele? Well, we hope to meet in Sweden next year and Thor will of course host. What adventures are in store for us three we do not know yet but I can assure you it will be epic. Spending time with my two clay brothers it one of the best things I have ever done and thanks to the love of Bonsai and Clay, it has brought us three together to share our lives, passions and I would not change it for the world. As for a future return trip to Mirai, it will definitely happen and all three of us will be looking forward to it when it does.

Before we three left for our homes we knew that this was only the start of a very special relationship with Ryan and the Mirai team, as Ryan said before we left this is not the end but only the very beginning.

A huge heartfelt thanks goes out from Triskele to Ryan and the team at Mirai. It was a remarkable trip of a lifetime and one that I shall never ever forget. 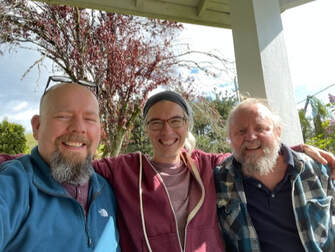 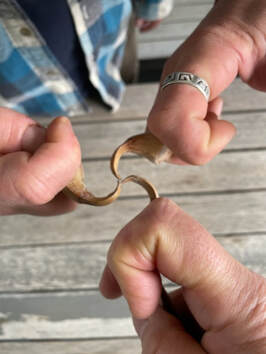 The name of the group Triskele is taken from an ancient Greek symbol which is one of the oldest symbols of spirituality. In English it translates as "three legs" and in the ancient origins of Irish culture it's said to be an important spiritual marking. 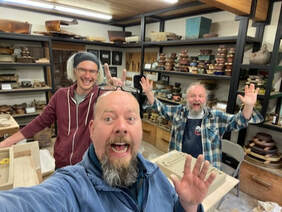 In the workshop at Mirai 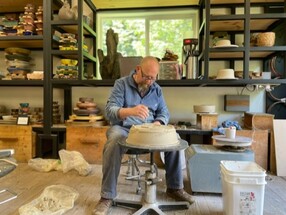 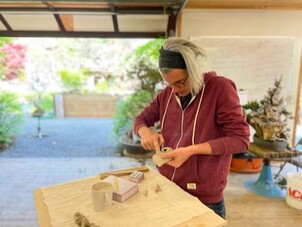 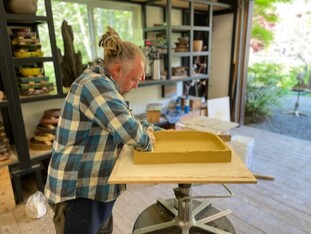 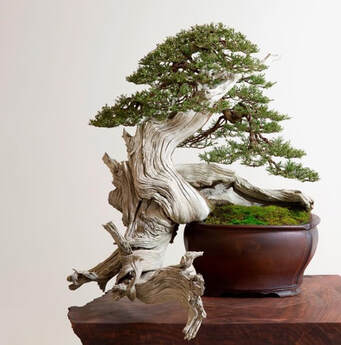