Well, I am not sure where to start with this as the show was very successful, mainly due to the enthusiasm of everyone involved from club members, traders and the general public who arrived in what seemed like bus loads, the final figure was over 300 paying members of the public. One of the great things to see was the number of young people who were showing an interest and buying trees etc, this has got to be encouraging for the rest of us shall we say experienced .
We are all winners who took part in this event, but here are the names at the top. Thank you to Steve McKee who was our judge for the day.
The overall best display went to the Norfolk Bonsai Association, Attention to detail and the whole display flowed nicely from one end to the other.
Best Tree in each club display-
Norfolk Bonsai Association - Cotaneaster by Mick Hillocks.
North London Bonsai Group- Hawthorne by  Bill Hallworth.
Bury St Edmunds And Cambridge Bonsai Society -Cascade Larch by Mike Johnson.
Southend Bonsai Society - Trident Maple By Pam Young.
Middlesex Bonsai Society - HornBeam by Dave Tull.
Ipswich Bonsai Society - Acer Palmatum by Dave Fryer.
We had a public vote for a pot generously given by Andy of Stone Monkey Ceramics,  There was a total of 229 votes cast during the day, this shows how many members of the public really showed an interest and studied the trees.
The Winner was Adam Drackford with his impressive Scots Pine.
This event has made many of us look forward to the next event when we can get together and enjoy our wonderful hobby, and even as far ahead as this show next year, so as a club if you would like to come and join us on 4th September 2022  let me know.
Thank you every one who had any part in making this a successful show but most of all an enjoyable day.
Dave Fryer. 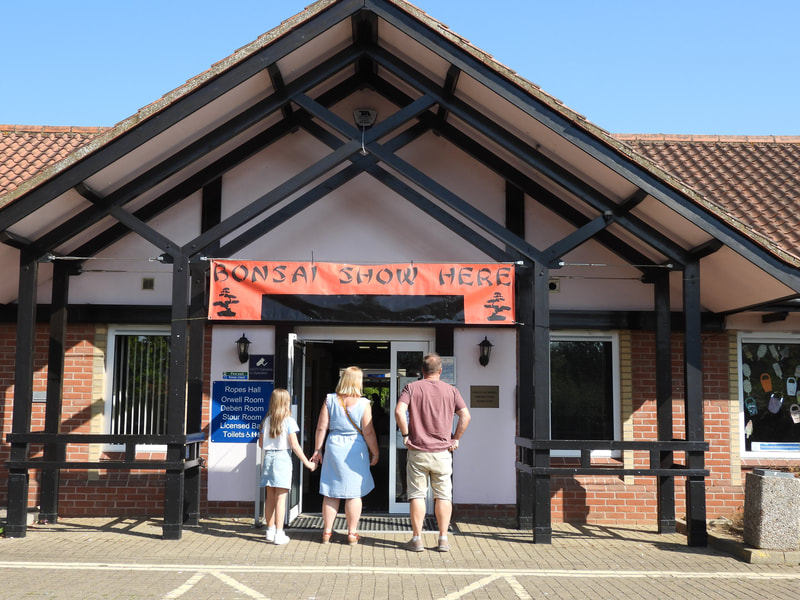 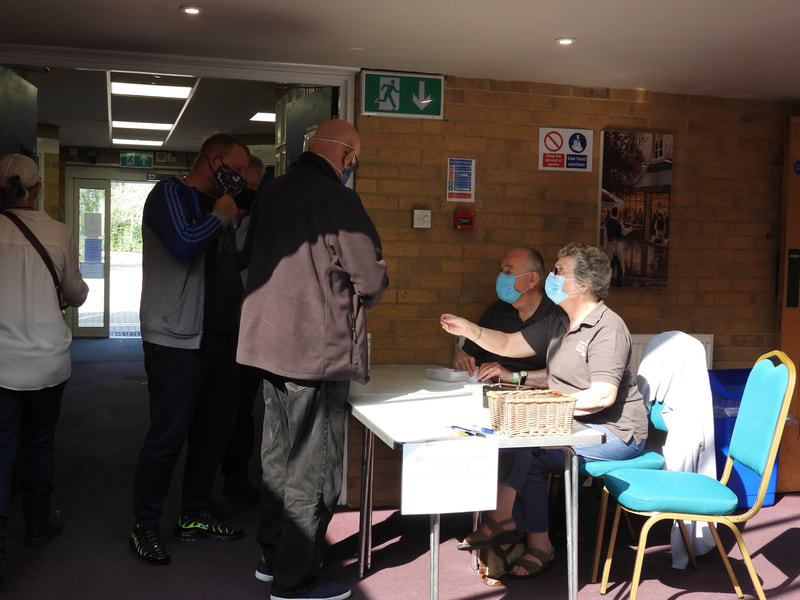 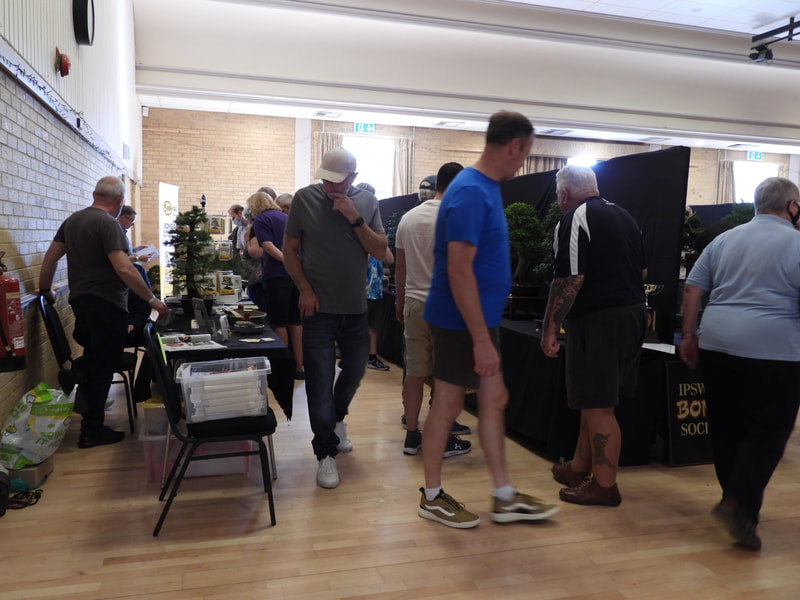 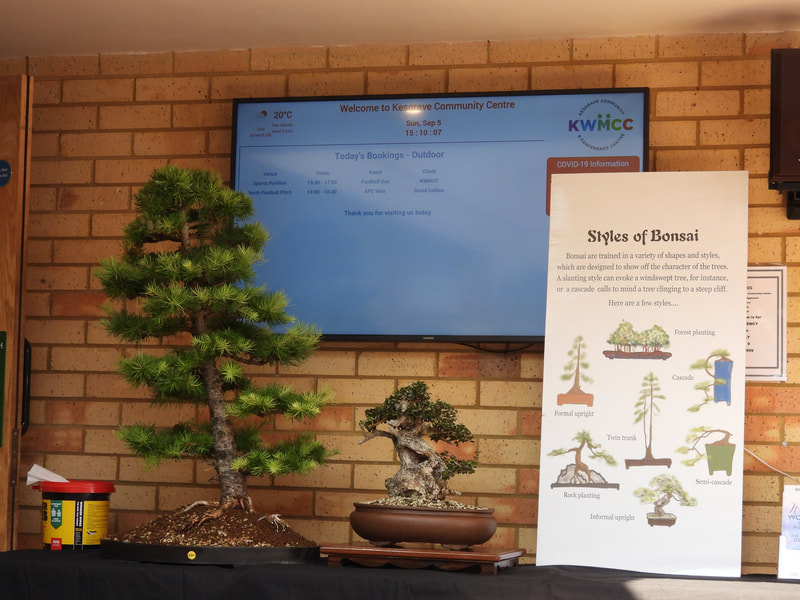 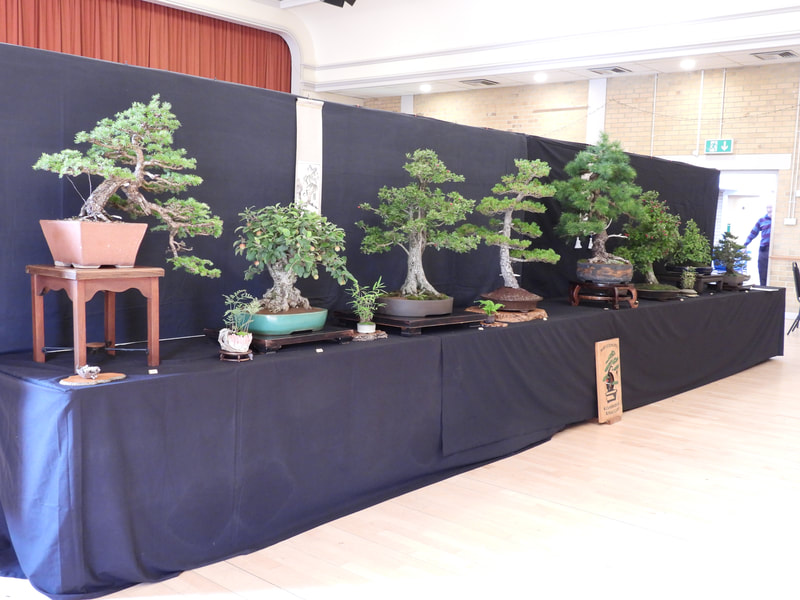 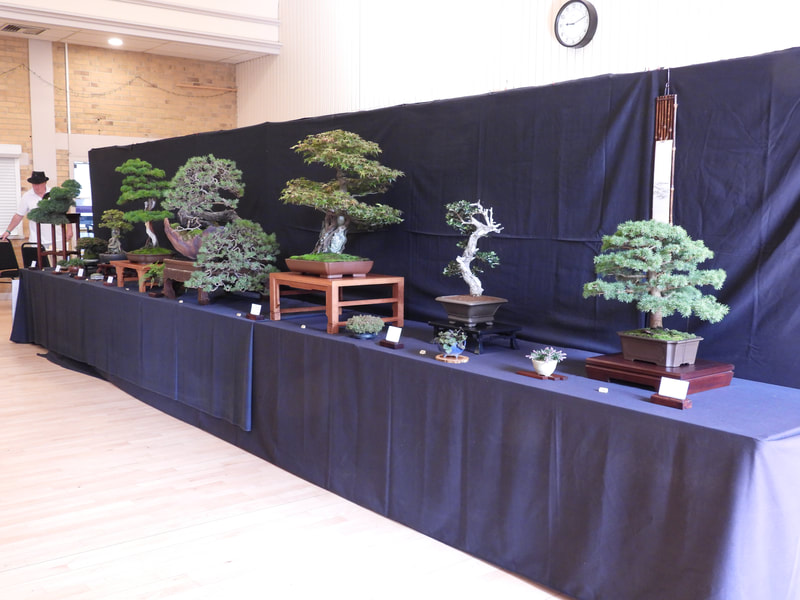 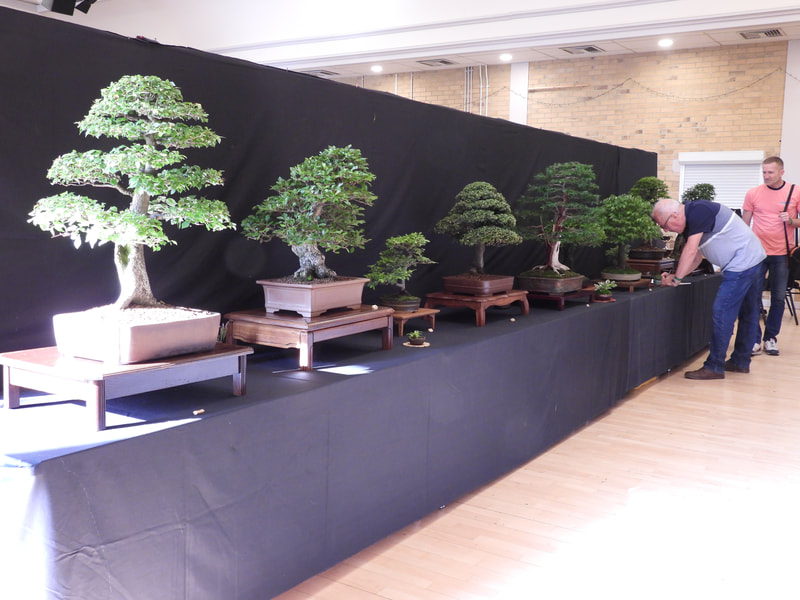 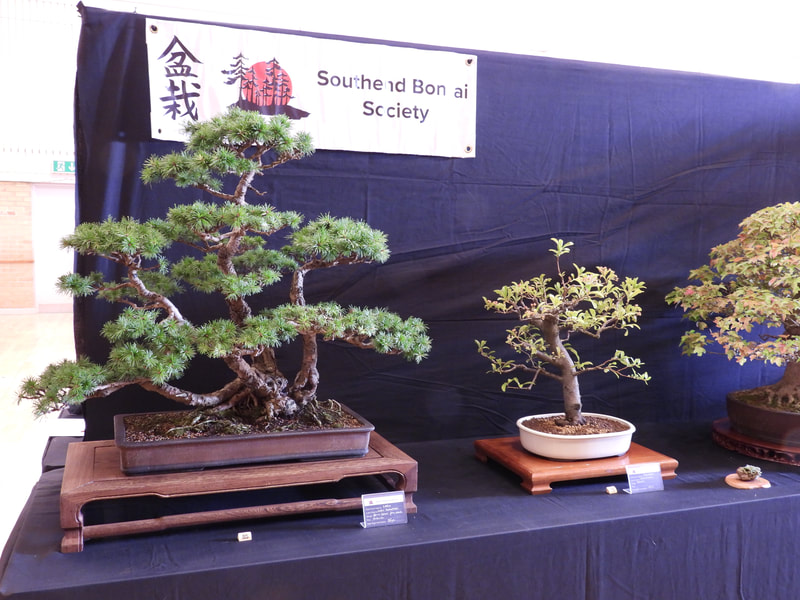 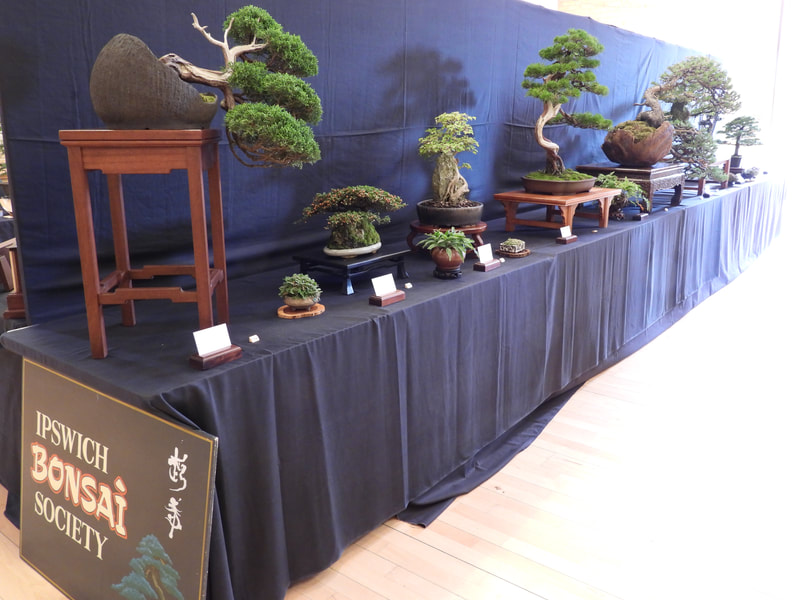 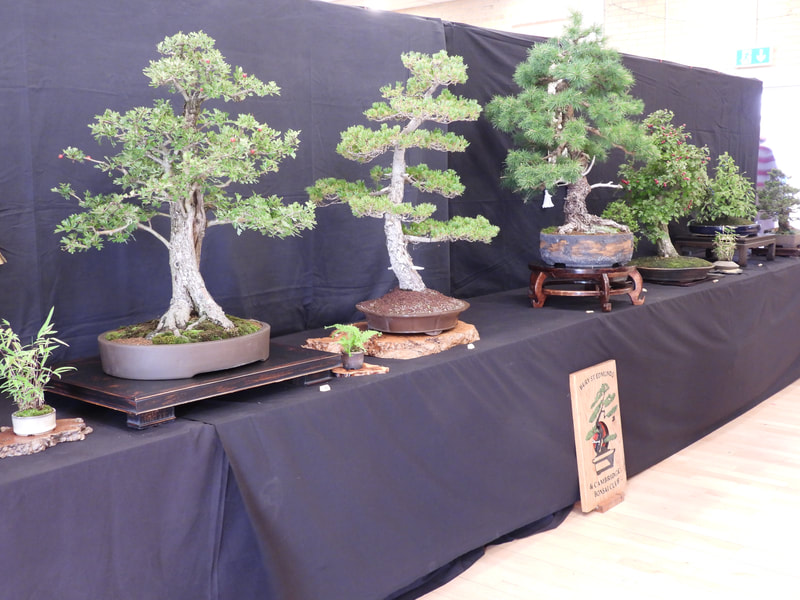 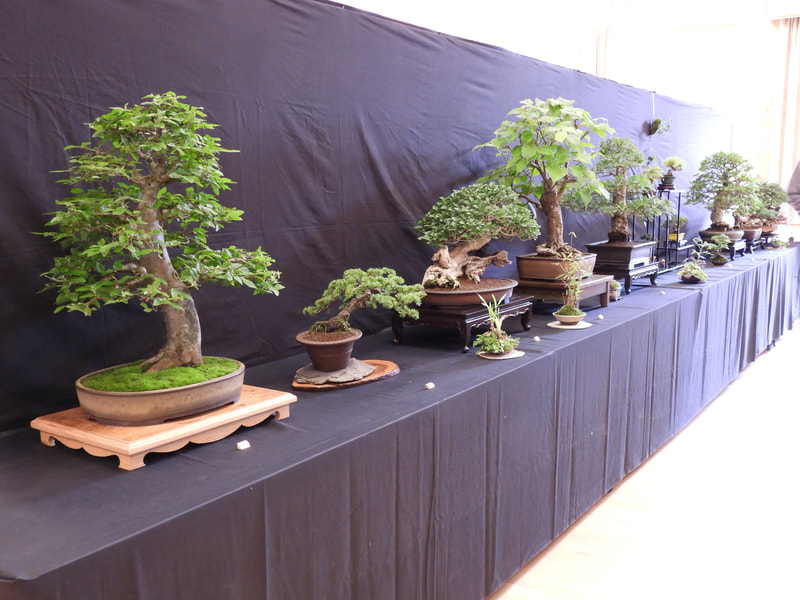 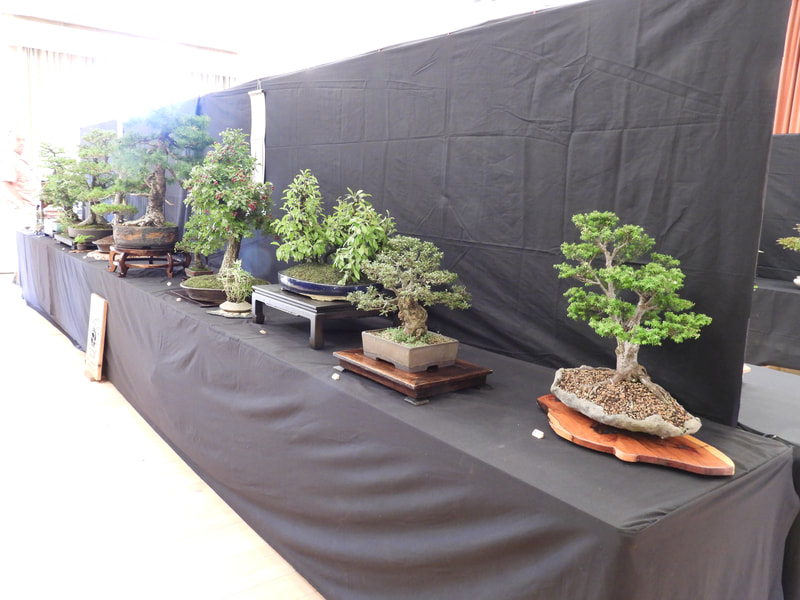 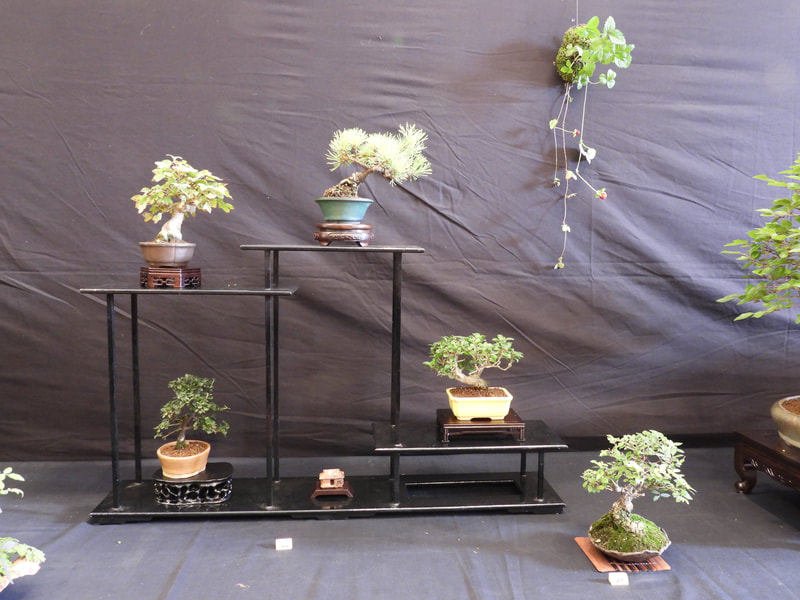 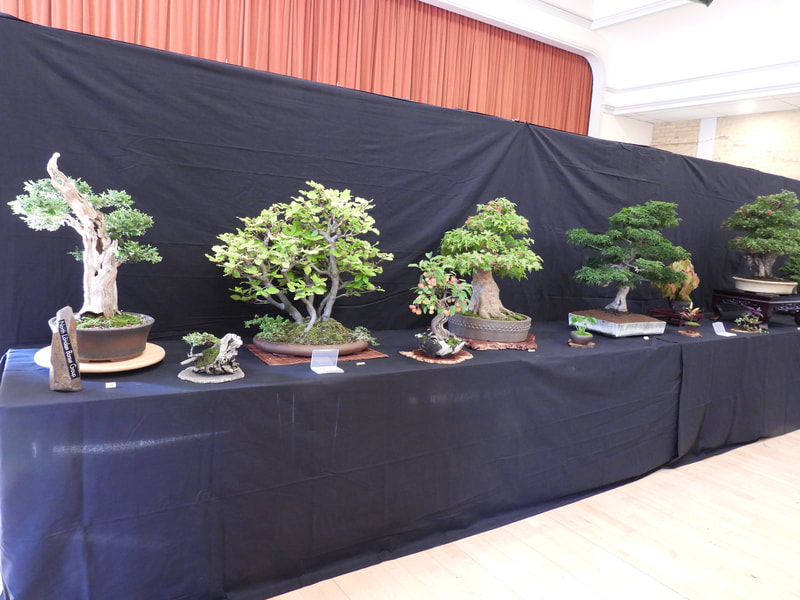 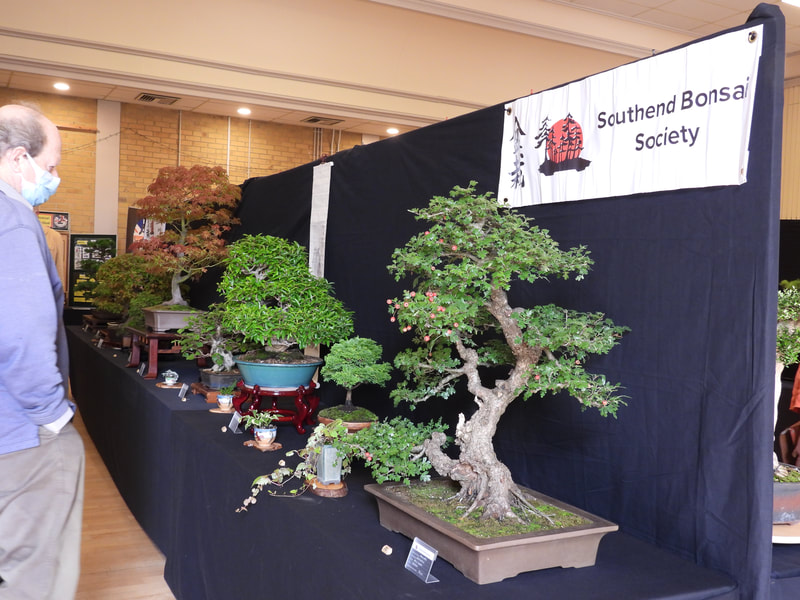 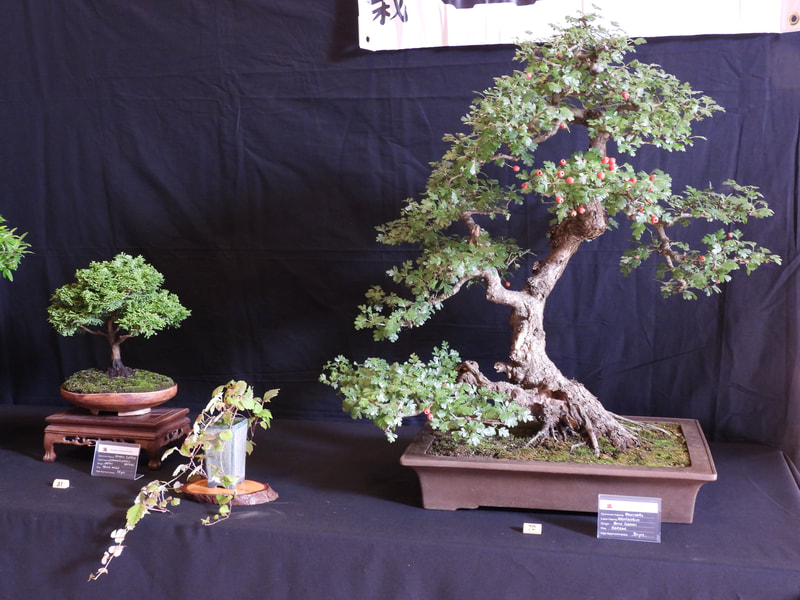 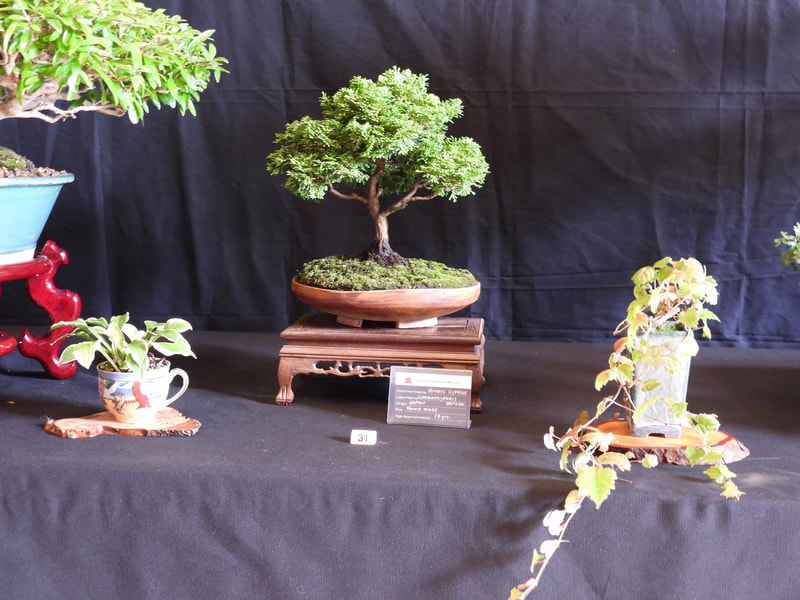 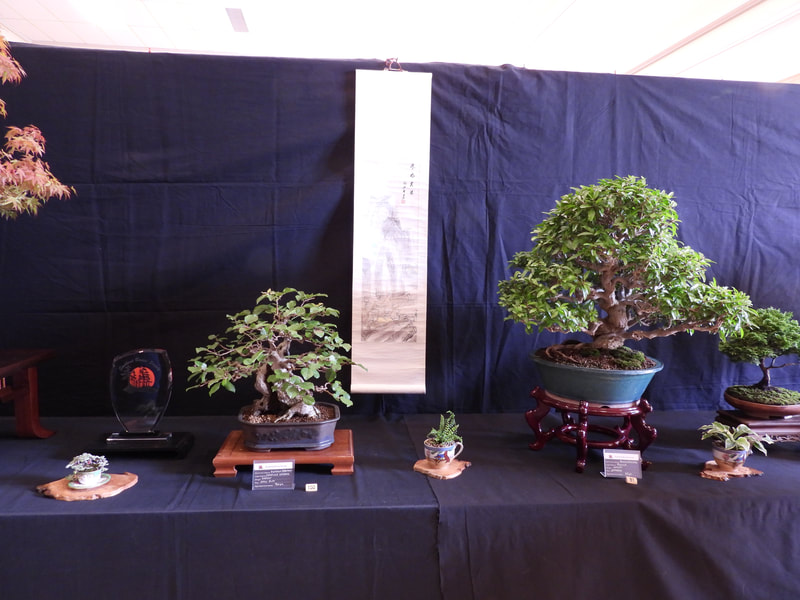 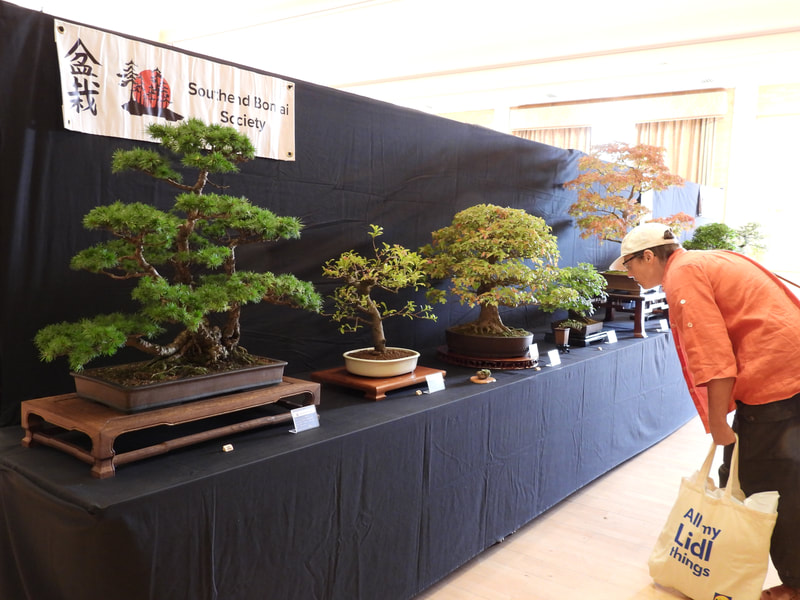 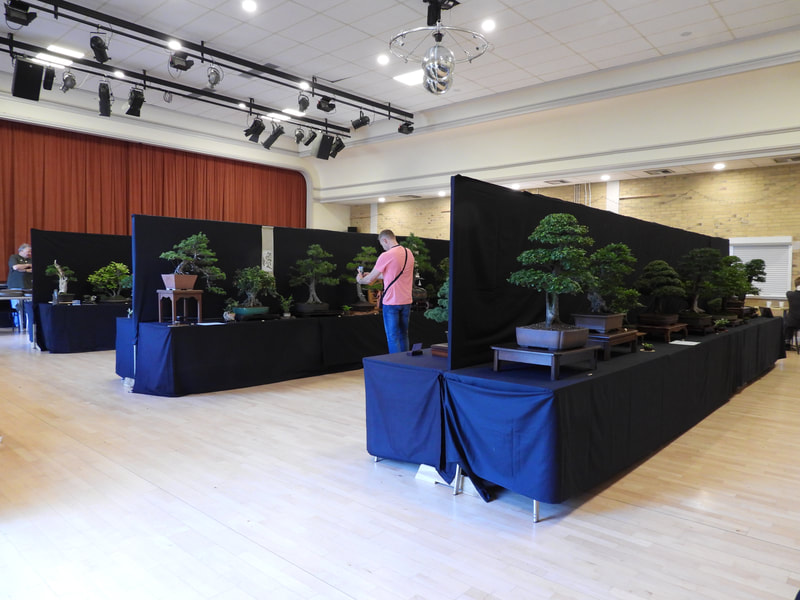 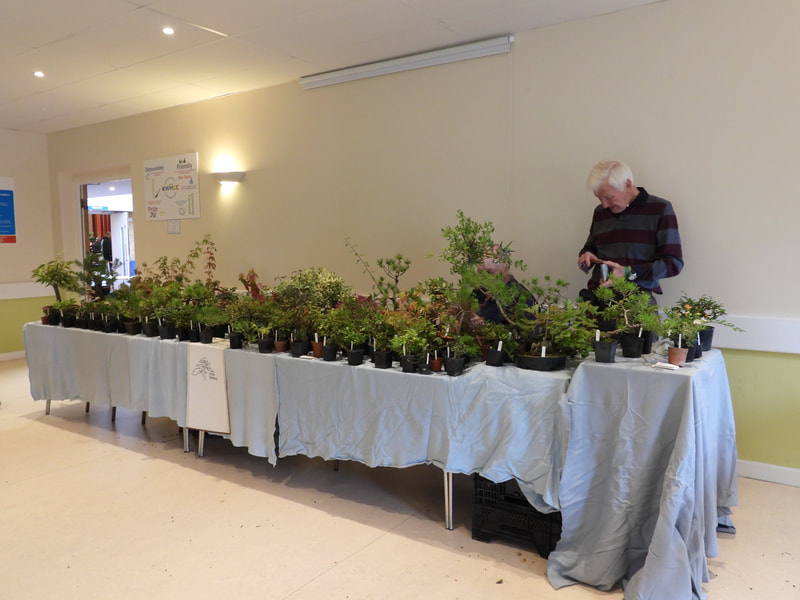 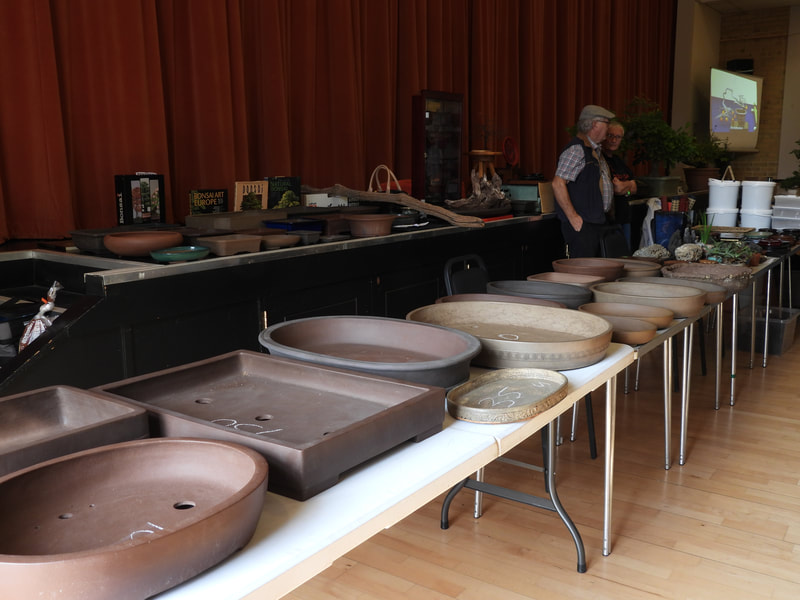 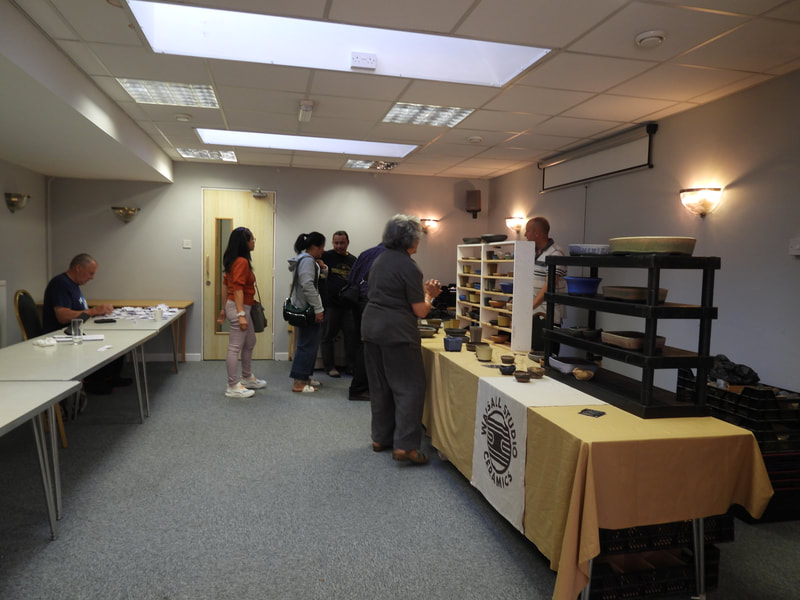 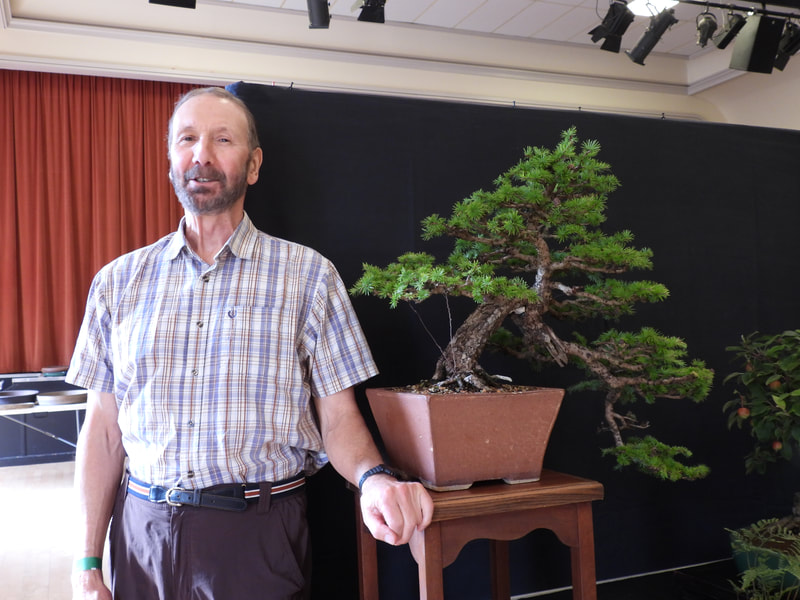 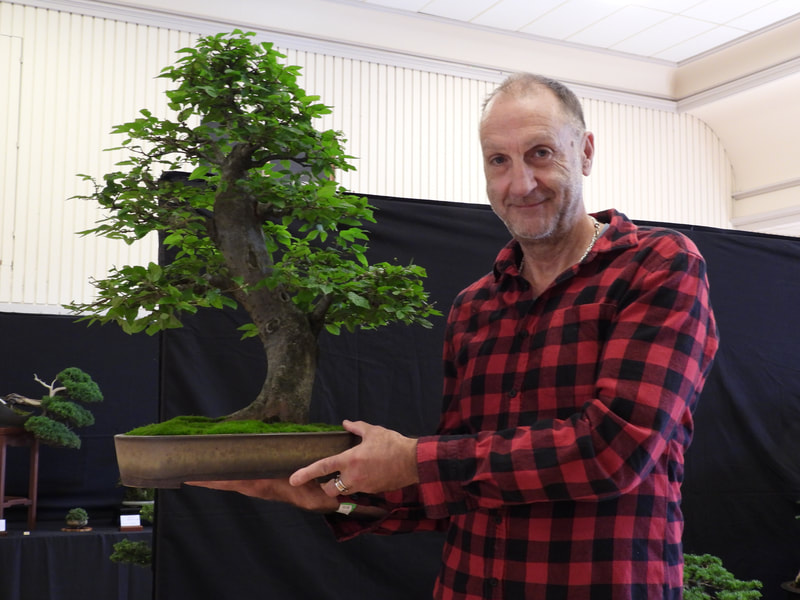 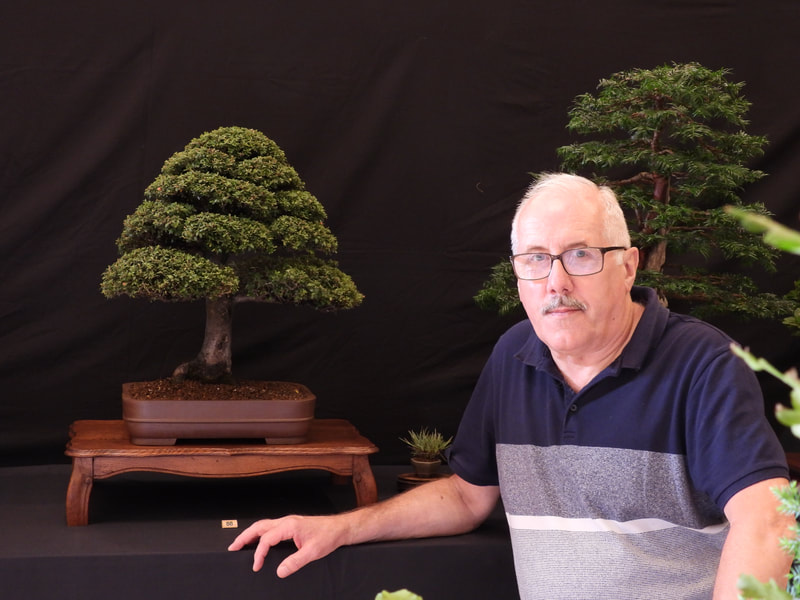 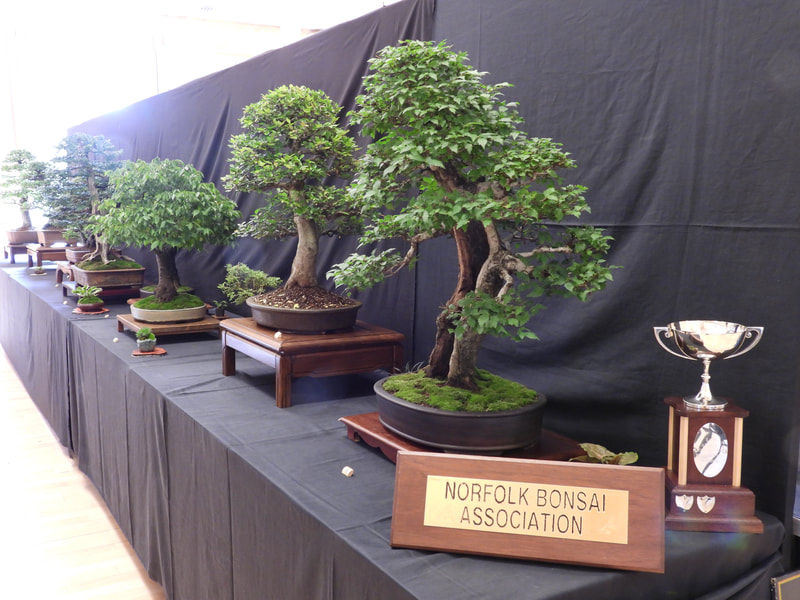 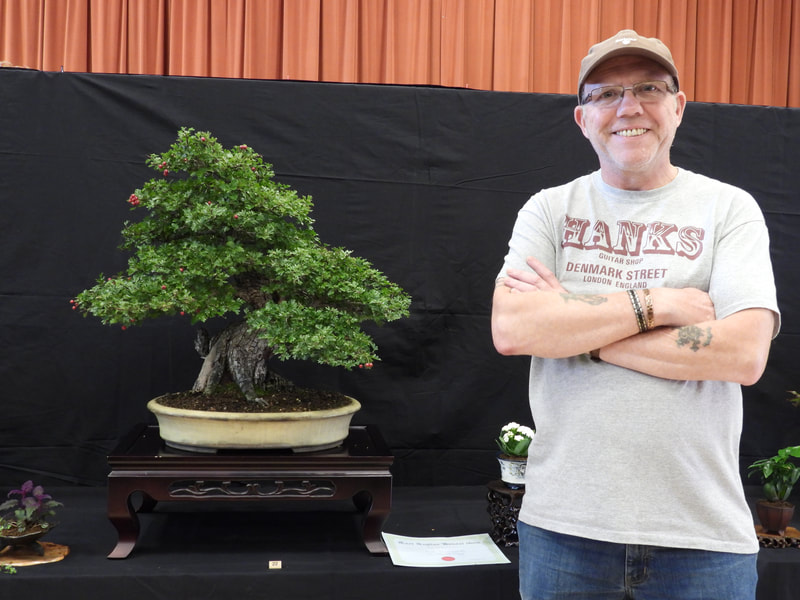 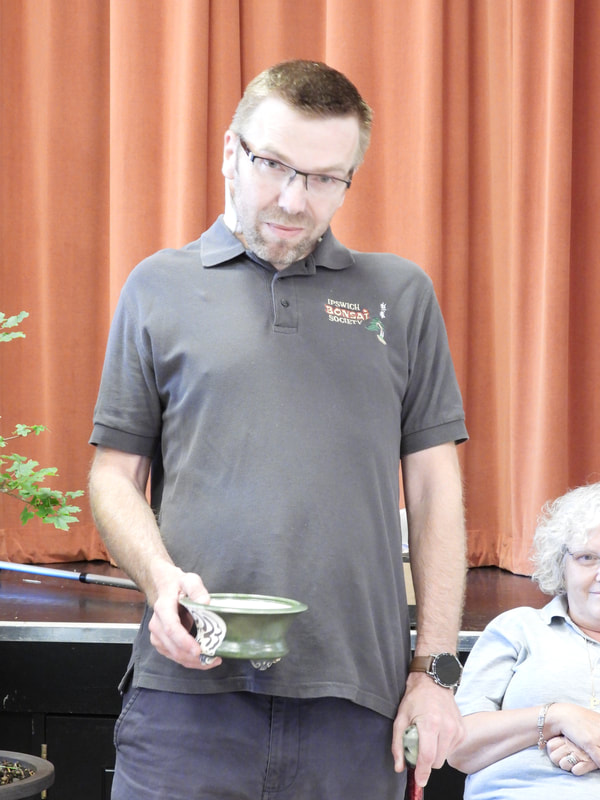 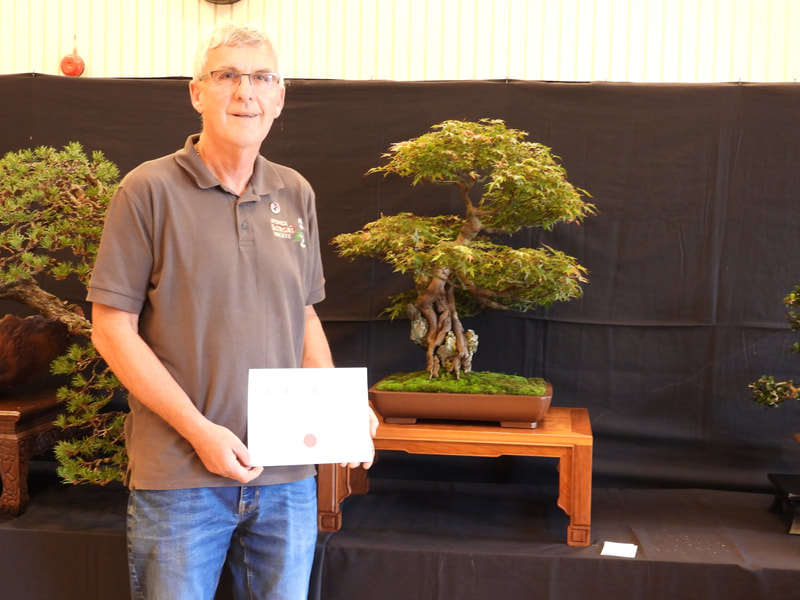